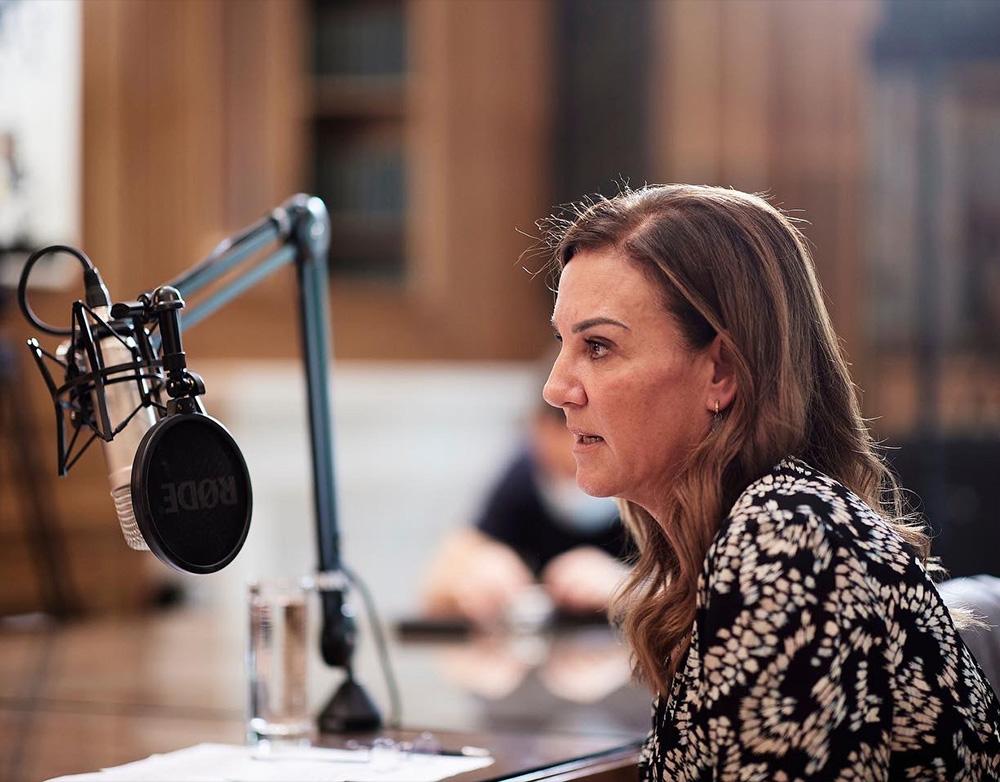 Ada Stamatatou was born in Athens Greece and studied classical dance and rhythm at the professional Ballet Dance school of Despina Grigoriadou and she is a Pilates instructor Stott method.

She worked for a few years as a ballet and rhythm teacher for small children and in a Pilates workshop.
She is a marathon activist and has completed the three World Marathons Majors (Berlin 2016/ New York 2017/Chicago 2019) where she participated with the NPO “OAR Run For Autism” and at the same time contributed to the funding of Greek centers and shelters for autistic people.

Her goal is to run the other three World Marathon Majors (Tokyo, London, Boston) communicating her story with her adult autistic son Yiannis as a tool to raise awareness with the daily life of an autistic adult at the Greek society.

In 2018 she was a speaker at TEDx University of Crete in the Destinations tribute with the speech "One more kilometer".
She is an Open Water swimmer and in 2021 she participated at the 5 km open water race OCEANMAN,in Limeni port of Laconia,where she promoted the acceptance and information about autism to over 1000 swimmers from different countries who took part at the event.

She takes part in short distance triathlons in Greece and abroad always wearing the autism logo and constantly supports People with Disabilities in sports as an escort.

On October of 2019 she took part in the Transition Sports sprint triathlon race in Schinias, in a relay team with Nikos Giannakoulakos, a 20-year-old autistic and Panhellenic swimming champion in the S14 category, who did the swimming and running part of the distance.
For the first time in the history of Greek triathlon an adult autistic took part in a race and stood at the start line along with 150 other triathletes.

In 2020 she published her first book "Raising an autistic child" based on the Facebook page "My life with Yiannis “by Memento publications.

In November 2021 and specifically on November 18 she presented DuoDay to the Greek Government, which immediately adopted the initiative.
On this day, an employee and a person with a disability form a "duo" (DUO) and the person actively participates as much as possible in the normal work of the employees.
The project advises and accompanies people with mental and / or emotional disabilities on their journey to employment. This service provides small step support for people looking to find a suitable job - even for a few hours a day or a week.
The Prime Minister Kyriakos Mitsotakis met at the Presidential Palace with Mr. Konstantinos Rozis, in the framework of the DuoDay initiative, who accompanied him throughout the day in the meetings of the Office of the Prime Minister.
A day earlier, 21-year-old Dimitris Travlos had accompanied the Deputy Minister of Labor, Domna Michailidou, in all her activities.

She participated at the Half Marathon Athens and at the Authentic Athens Marathon in 2021 with the team of MDA Hellas.

In December 2021 she gave lectures at Ducas school and Hellenic-German school in Athens about diversity and disability.

And on December 4, 2021 'International Day of People with Disabilities' she was a guest of Prime Minister Kon. Mitsotakis in the first podcast series of speeches 'With Kyriakos'.

She is the president and founder of the Civil Non-Profit Company “Race for Autism Gr”.